Get into the Halloween vibes in Dublin and what to do 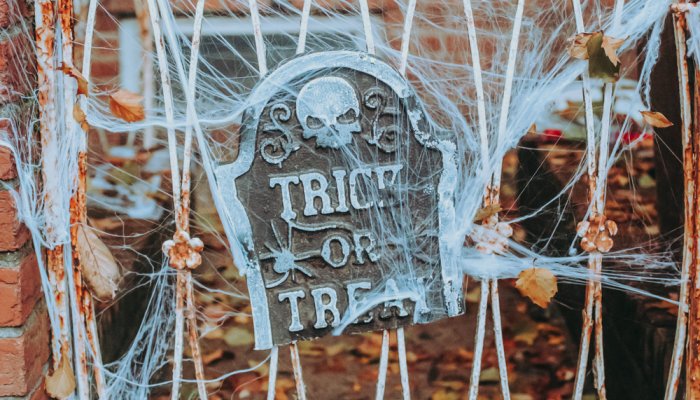 Known as a big celebration in a lot of countries, Halloween originated with the Celts, in Ireland, the tradition was passed to further generations and taken to other parts of the world. If this is your first Halloween in the country, there are a lot of traditions and celebrations to enjoy during spooky month. We prepared a wee Dublin Halloween guide, with some fun activities you can do to get into the national holiday vibes and celebrate like a local.

To this day Halloween is one of the most loved and celebrated national holidays in Ireland, with people of all ages finding different ways of having fun! There’s plenty to do in the city from parties to outdoor activities:

During the whole month of October, you can go visit an Irish Pupmpking Path in Crooksling, Dublin. Lugwoods is a magic forest located on the foothill of the Dublin Mountains. The place held annual events for Halloween, with fun characters hiding behind trees to scare visitors, pumpkin paths, special spaces to crave it, and a coffee van. You need to buy tickets beforehand, and you can do so on their website.

This annual parade starts at Parnell Square on October 31st, at 7:00 pm, with a crowd of dancers, ghosts, witches, giant monsters, and mythical creatures followed by many Dubliners also dressed up for Halloween. It’s something unique and worth checking if you are in the city for the holiday. The parade crosses the River Liffey and arrives at the famous Temple Bar, where it is concluded with a magic firework show.

This attraction might cause you some problems sleeping for a while, and that’s exactly what they want. The Nightmare Real is a “haunted house" where you can do a walking tour with attractions and scary surprises in every room. Every year, the production promises even scarier surprises, so you never know what to expect. You can learn more about The Nightmare Realm on their website.

The history of Halloween in Ireland:

The Celts first arrived in Ireland around the year 500BC and brought with them a lot of cultural traditions that spread across the whole country. Some of those traditions were the seasonal festivals, which would usually happen four times during the year. One of those celebrations was the pagan festival of Samhain,  held every year to mark the end of the harvest and the beginning of the winter, on the night of October 31st. According to the Celt's tradition, at this time of year, the connection between the living world and the so-called ‘otherworld’ was less rigid, and they gathered to celebrate with food and drink, hoping for a good and safe winter, for the spirits and the living ones. 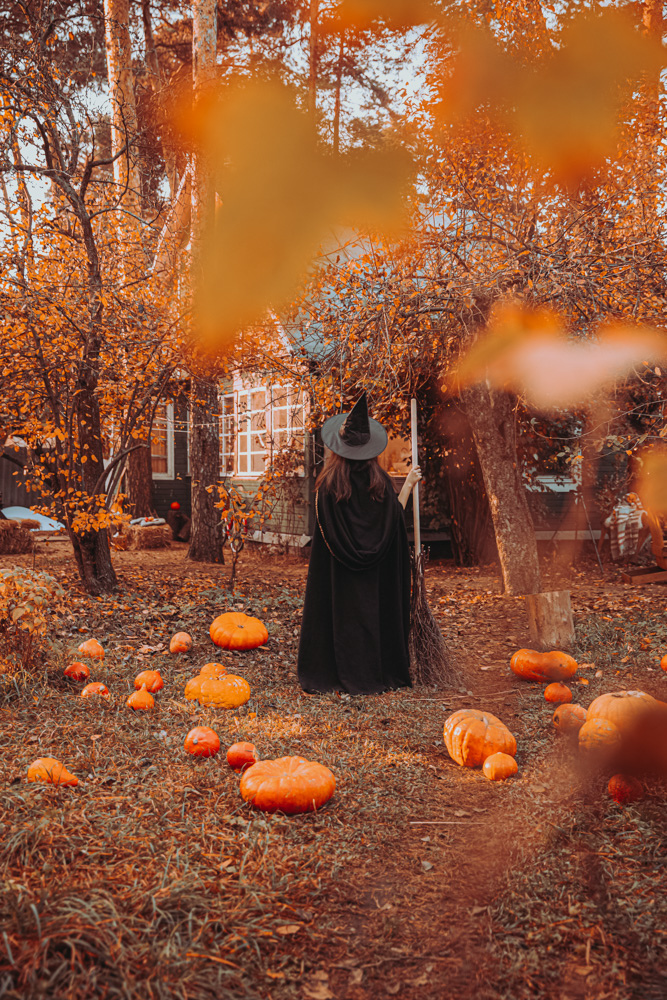 When Christianity came to Ireland, around 100 years later it brought with it a wave of cultural change. Over time, as Christian traditions were more adopted by the Irish people, the Gaelic festival of Samhain mixed with the Christian celebrations of All Saints’ Day and All Souls’ Day,  creating what we now call Halloween.

Haloween traditions that started in Ireland:

In Dublin, you will see a lot of decorated houses for Halloween, with skulls, cobwebs, spiders, fake blood, witches, and anything more you can imagine. Dubliners can get really competitive about it, and many families invest hard to make their house as scary as possible. This idea began with the celts, centuries ago, that used to dress up with animal skins and skulls, to scare the bad spirits. 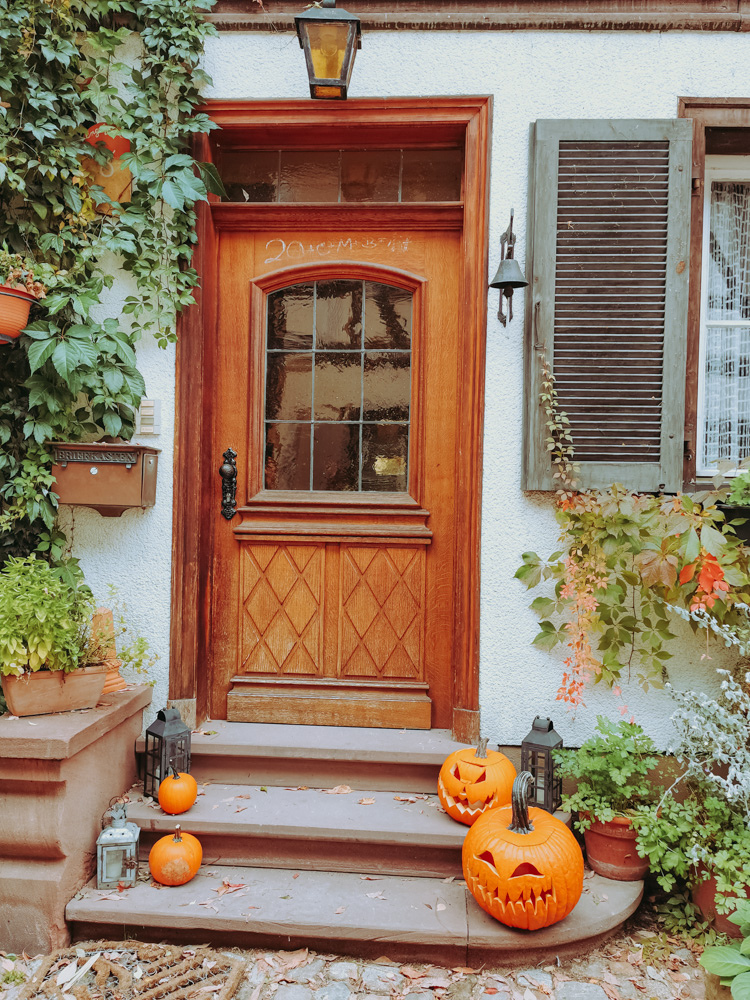 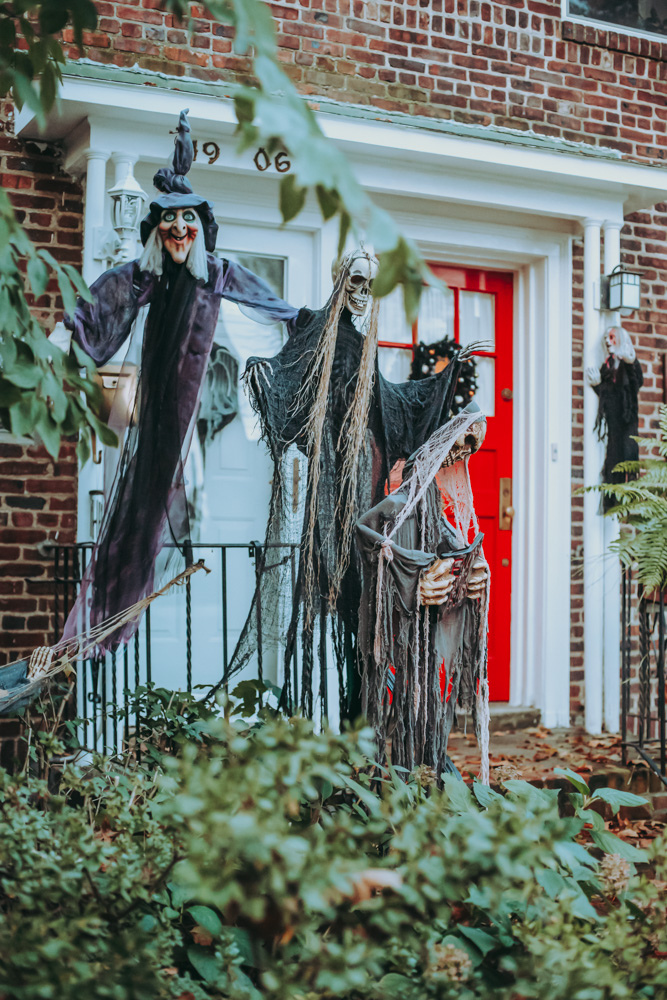 You might not know that, but the trick-or-treat tradition began many years ago, in Ireland. Back then, the people with less money used to go door to door asking for help or food, using what they could collect to celebrate the date.  Over the years the tradition became a lot more fun, and now are the kids who dress up and go asking for candies.

Craving faces in pumpkins were used by the Celtics as a way to keep the bad spirits away from the house during Halloween. Nowadays, in Ireland, many schools and communities get together around this national holiday to compete about who does the best pumpkin carving of the season. It is a really nice tradition that has spread around the world but started in Ireland. 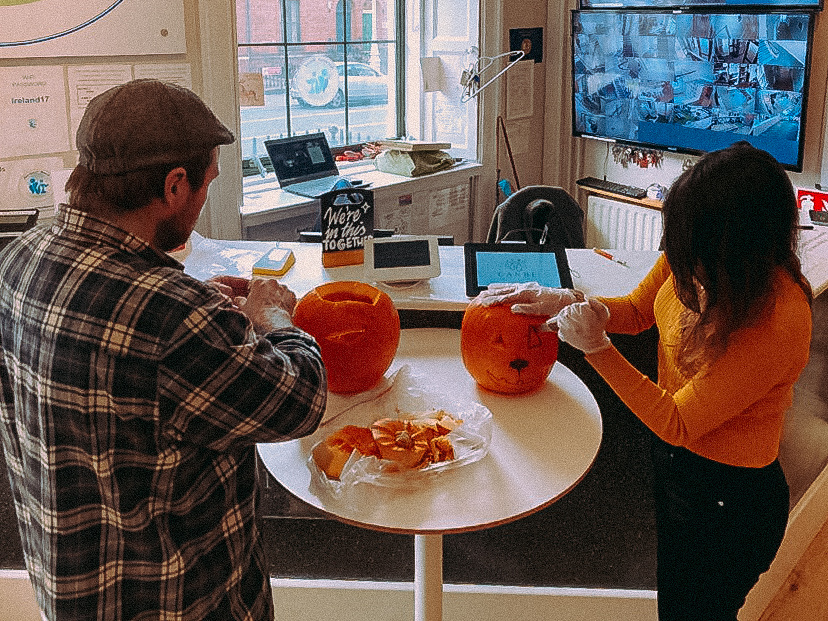 Don’t get surprised if you notice a lot of fireworks in the skies of Dublin during the Halloween season, this is an old tradition in the country that started back with the Celtics. According to the legend, making bonfires would keep bad spirits away during the Samhain festival, and with time the tradition evolved to using fireworks.

We hope you will have an amazing spooky season in Dublin! For more tips on what to do in the city check our Agenda of October post, with the best things happening in the city during this month.

www.canbe.ie/blog.html/get-into-the-halloween-vibes-in-dublin-and-what-to-do
BACK
LIST
NEXT
Book Your Stay
Check in
03
12
2022
Why Book With Us?